The museum is located in the Cedar Hill Schoolhouse, 1003 River Road, Selkirk. Visitors are welcome to view the exhibits during open hours or by appointment. The museum houses a large collection of artifacts, clothing and ephemera based on Town of Bethlehem history.

In addition to the historic schoolhouse, the property contains a Toll-Gate which was saved from demolition when moved from its original location at what is now Marshall’s plaza at 9W and Feura Bush Road, a reproduction of a carriage house and an outhouse, moved from a residence on River Road in 2016.

The Life and Times of Anna Hoffman Clapper 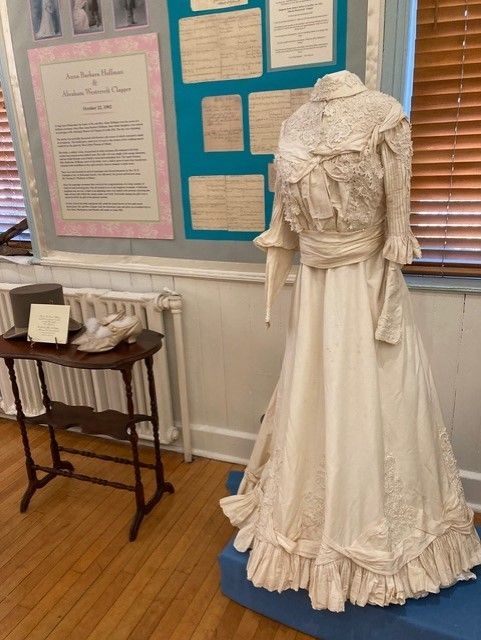 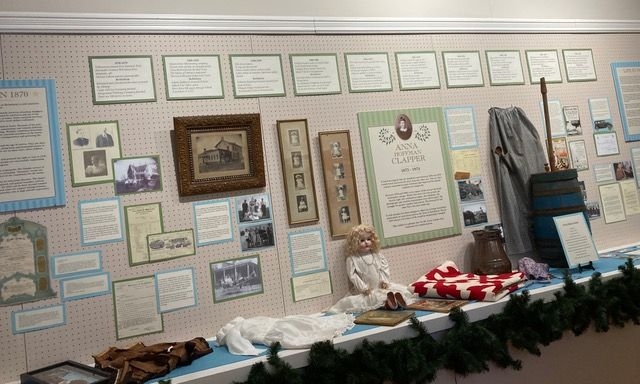 The Life and Times of Anna Hoffman Clapper

The Clapper house was built about 1840 by Abraham Clapper's grandfather, Abraham Westervelt, on farmland he had purchased from the patroon approximately forty years earlier. The home and two of the barns still stand on Clapper Road.

Anna Hoffman married Abraham Clapper in 1902 and moved into the house which would be her home for the remainder of her life.

The family saved things - lots of things. They kept letters, receipts, greeting cards, clothing, schoolbooks - all matter of things. Fortunately, the beneficiary of the estate, granddaughter Barbara Wells, recognized the historic value of those seemingly mundane, day to day items and has donated much of it to the museum.

This rich collection, along with Barbara's firsthand memories, has enabled us to present a detailed look at the long life of Anna Hoffman Clapper. Anna lived a century, roughly from 1870 to 1970. The exhibit attempts to present her life in the historic context of that time frame - to demonstrate the dramatic changes that took place during her lifetime, both locally and well beyond Bethlehem.

Anna left a world that was starkly different than the one she entered.